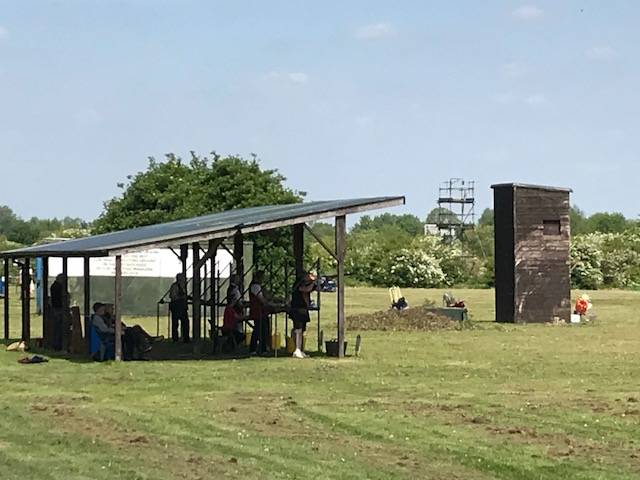 Hit Your Targets with Clay Pigeon Shooting in Nottingham

Clay pigeon shooting in Nottingham has become one of the most fun pastimes for groups of friends or work colleagues.
Here at East Midlands Clay Sports, we have been providing the finest clay shooting experiences for over 20 years, welcoming shooters of all abilities.

The History of Clay Pigeon Shooting in Nottingham

Clay pigeon shooting dates way back to the 1880s when pheasant and grouse shooting was popular in the UK. Initially, glass balls were used in England after becoming popular in the United States.

Between 1883 and 1887 the first clay targets were first introduced to the game in Victorian and Edwardian hunting parties.
The first British tournament was held in 1893 from the Inanimate Bird Shooting Association and just seven years later trap shooting became an Olympic event.
In France, clay pigeon shooting underwent a revolution with the first-hand throwing device, the ‘hand trap’ introduced in 1927 from inventor Emile Laporte using 12-volt batteries. The trap made from a spring was loaded with a throwing metal arm, with the clay pigeons covering an area of 135 metres.

During the 1980’s automatic traps were developed giving the sport a boost and increased its popularity.
The record for the longest clay pigeon shot stands at 130 yards (120 metres) by 26 times World Champion George Digweed in 2011 and remains to this date.

Clay Pigeon Shooting in Nottingham – The Perfect Day Out

East Midlands Clay Sports is the home of clay pigeon shooting in Nottingham; perfect for corporate days plus we have plenty of stag and hen do’s booking packages with us.
We’re based in the stunning surroundings of Sawley just off Junction 1 on the A50 sandwiched between Derby and Nottingham.
Our experienced instructors will make you feel comfortable taking aim for the first time and have the best day possible. Contact us to find out more about our shooting packages today.